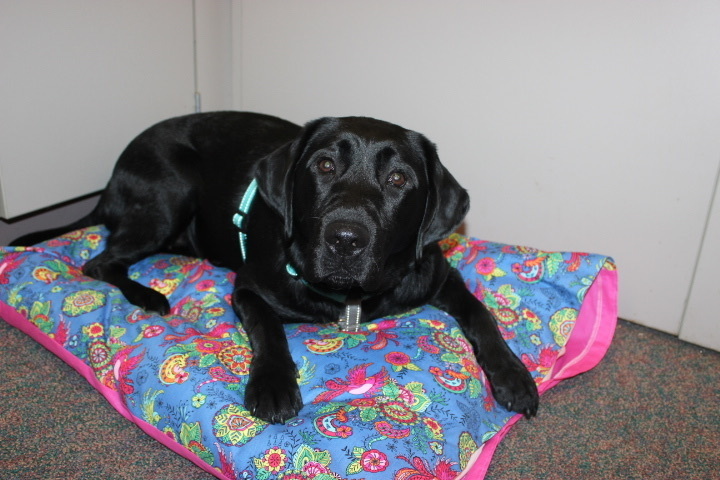 Opening a new school year full of improvements, Warren Central kicked off the 2019-2020 school year with a new facility dog. While she spends most of her day either in the hallway surrounded by students or playing in the back offices, her main role is to give impactful stress relief to grieving, challenged or stressed students.

“Right now, we’re limiting her use to crisis intervention. Next year, I see her role expanding into maybe some social emotional support, restorative justice and check in and out of procedures to help motivate those kids and regulate them before they go to class,” Director of Counseling Services Bradley Morgan said.

The feedback from staff and students have been overwhelmingly positive with the canine, so much so that other schools are also starting to look into the big commitment.

“It's a lot of work,” Spanish teacher and Laney’s owner Roberta Kuonen said. “We took several days to decide if we really wanted to take in all this extra work.”

Kuonen is the current caretaker of the dog, leaving her with the responsibility of taking Laney back and forth from school each day. Laney came from Indiana Canine Assistance Network (ICAN), which is a program that uses inmates in prison to train the dogs. This helps the inmates to have a skill and build their self confidence.

Originally, Laney was training to be a full service dog. Although due to be too small to do compressions, and being too short to turn off the light, she was unable to complete her training. Therefore, they designated her a facility dog.

“It typically takes several months to obtain a service dog, but Warren received one in a few weeks,” Morgan said. The ordinary price of a service dog from ICAN costs somewhere around 2,000-2,500 dollars, while the process of training the dog is about $1,700. At the moment, the school is being supported by an outside donor to be able to cover the cost, including donations from teachers such as money, toys and food to help care for the dog.

All of the staff members agree that Laney has made a lot of growth, and they have high hopes in her involvement at Warren.

“We’ve seen so much good from her already, and the kids are excited to see her which will help them open up to talk to counselors and fix problems later in the future,” said Morgan.